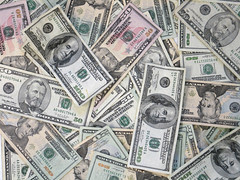 [Update 9/10] The city of San Bruno has now coughed up $350k to grease the rails for this project.

[Original Post] There are new signs that Caltrain's San Bruno grade separation project is now on the fast track to construction. The project appeared in the MTC's recent Peninsula Corridor Investment Strategy as a top candidate for a slice of federal high speed rail stimulus funding, and is now also slated to receive $30 million in Proposition 1B state funding. Like the stimulus money, this new source of construction funds comes with strings attached: Caltrain and the city of San Bruno must award the construction contract by July 2010, effectively in the blink of an eye for such a big construction project.

A recent presentation to the San Bruno city council reveals that the project is the same old design that Caltrain engineered with BkF nearly a decade ago, a design that wasn't half bad for commuter rail. That was then; with high speed rail in the mix, the requirements have now changed--but the design (since taken over by HNTB) has not. As proposed, the San Bruno grade separation is fundamentally ill-suited to high speed rail and mixed corridor operations. Evidently, nobody sees anything wrong with this.

"It is very hard to get a man to see the truth of a proposition when his salary depends on it being false." -- Mark Twain

The proposition, in this case, is that the San Bruno grade separation project is a poorly conceived design that will significantly set back HSR and Caltrain service, and is therefore a tragic waste of taxpayer money. Because of the millions of dollars involved, this proposition is likely to fall on deaf ears in our local transportation industrial complex.

In the headlong rush to shovel readiness, key shortcomings are being ignored.
Penny Wise, Pound Foolish

$30 million (a small portion of which is featured in the opening photo by Tracy O) may sound like a lot, especially to a cash-starved public transit agency, but in the context of rebuilding the peninsula corridor for mixed Caltrain / HSR operations, it is but a drop in the bucket. The overall budget for the peninsula is well over $5,000 million, or nearly 200 times as much. Caltrain's outdated vision for San Bruno is not worth compromising the key corridor design decisions (curve speeds, express track configuration, station layout) that must be carefully weighed against the respective needs of Caltrain commuter service and long-distance high speed rail service.

Unless the key design decisions that impact service are not being weighed at all?

Caltrain, San Bruno and the CHSRA should slow down, take a deep breath, and DO IT RIGHT, even if that means turning down some funding. San Bruno can wait a few years, now that its dangerous rail crossings have received interim safety improvements.
Posted by Clem at 2:21 PM