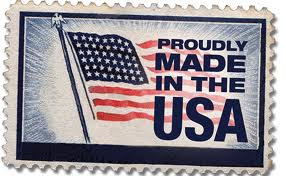 $16 million was recently awarded by the FRA for the CBOSS project, Caltrain's Communications-Based Overlay Signal System. Caltrain CEO Michael Scanlon states in a Caltrain press release: "This initial federal investment will enable Caltrain to take an important step forward in our efforts to provide Bay Area communities with a modernized, sustainable commuter rail system that is fully compatible with future high-speed rail service". His counterpart at the California High-Speed Rail Authority, Roelof van Ark, intones in a CHSRA press release: "This latest step forward in federal support for California’s project means that we’ll be able to improve safety and service in the near term and integrate our project with local systems in the long term."

Let's take a closer look. As regular readers know, CBOSS has often been criticized on this blog. Rather than rehash extensive previous commentary on CBOSS, let's rely on cold, hard facts obtained solely from primary source documents. You get to decide!

Exhibit A: Caltrain CBOSS Request For Proposal Package, Questions Received and Answers No. 3, dated 6 October 2010. Question #20 from a prospective bidder: "What assumptions should me made in terms of HSR? (Interoperability, Operations, sharing track, etc.)" The answer from Caltrain: "Under current RFP Scope of work, HSR Operations is not considered for this phase of PTC implementation."

Exhibit B: Caltrain CBOSS Request for Proposal Package, Questions Received and Answers No. 4, dated 9 October 2010. Question #16 from a prospective bidder: "Part 2, Section 3, Exh B, Spec 21001, 1.03D requires the system to be interoperable with California HSR signaling. HSR is undefined at this stage. As this solution is not known, Contractor cannot assess any effort associated with this interoperability requirement. Please clarify how Contractor should assess." The answer from Caltrain: "Interoperability with HSR signaling is not part of the Scope of work for Caltrain PTC system RFP."

Exhibit C: Caltrain CBOSS Request for Proposal Package, Questions Received and Answers No. 6, dated 15 October 2010. Question #31 from a prospective bidder: "The RFP addresses HSR. What assumptions should the proposer make in order to address HSR requirements?" The answer from Caltrain: "Evaluation of the potential for the proposed solution to meet future HSR needs will not be part of the proposal evaluation."

Exhibit D: Caltrain's Positive Train Control Implementation Plan, a 183-page document required by law to be submitted to the FRA and detailing how Caltrain will implement its new signaling system, mentions HSR exactly once in the introduction on page 1-1. That's a slight improvement over a previous revision of the document, rejected by the FRA, which did not mention HSR at all. Section 5.1 of the document, discussing Interoperability with other railroads, does not mention or discuss HSR. Appendix D, containing letters of understanding to coordinate PTC implementation with other rail entities, does not include the CHSRA.

Exhibit E: Caltrain's Positive Train Control Notice of Product Intent, a 50-page document that describes how CBOSS will operate, explains in Appendix A section 12 the interoperability with other rail entities. Out of five paragraphs, four mention the Union Pacific, and zero mention California high-speed rail.

Exhibit F: The California High-Speed Rail Authority's extensive collection of technical memos includes Technical Memo 3.3.1, released 25 June 2010, detailing the concept of the system that will be used to control trains on the high-speed rail network. Section 1.2.4, Automatic Train Control Specification Requirements, states "The prime requirement for the CHSTP ATC system is that the technology must already exist as part of an operating system with proven experience worldwide on at least one high speed passenger railway." CBOSS clearly does not fall into this category, which means CHSRA will necessarily use another train control system than CBOSS on its own tracks.

In light of all this evidence, the happy talk about CBOSS paving the way for HSR rings hollow, and raises some serious questions:
The local press has spent numerous column-inches, sometimes even two-page spreads, covering the Caltrain CEO's compensation package. But this is $16 million we're talking about, heading rapidly for $251 million. And not a peep from the press.
Posted by Clem at 7:53 PM 37 comments: