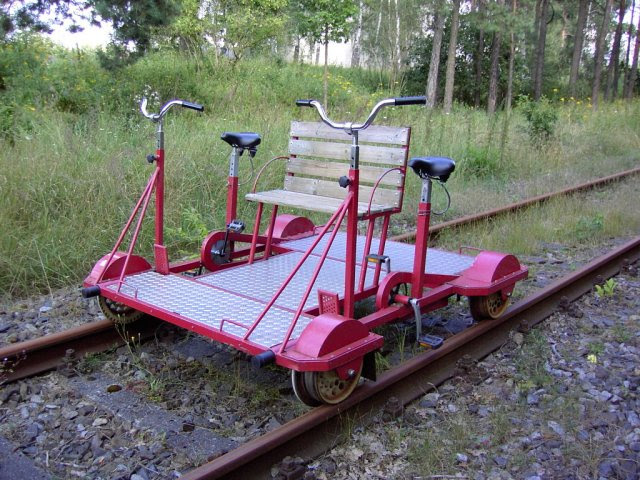 Today another $40 million was pumped into Caltrain's CBOSS project, a unique reinvention of the wheel that is nearly certain to fail based on the past track record of similar projects in the Bay Area.

This one sentence could easily make one choke twice on the same pretzel.  First, the astronomical cost of more than $4 million per route mile is more than triple the world standard for similar projects.  Second, the claim of interoperability with HSR is an outright lie according to Caltrain's own contracting documents.

Interoperability, in this context, means spending additional millions to outfit each and every high-speed train in California (in a fleet that will dwarf Caltrain's) with CBOSS on-board signaling equipment.  Under this definition, CBOSS is no more interoperable with future "High Speed Rail trains" than it is interoperable with the red rail-cycle pictured above.
Posted by Clem at 9:09 PM

Email ThisBlogThis!Share to TwitterShare to FacebookShare to Pinterest
Labels: CBOSS