The Joy of Tunnels 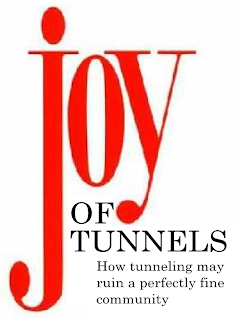 There's a lot of talk among peninsula communities about the virtues of tunneling certain portions of the peninsula rail corridor that run through residential neighborhoods, in order to mitigate the potential above-ground impacts of increased traffic, faster speeds, noise, vibration, visual blight of overhead electrification and grade separations, etc.

Tunnel advocates evoke visions of tunnel boring machines silently toiling underground, leaving the land above all but untouched. These visions need to be tempered with some basic facts about tunnel engineering. 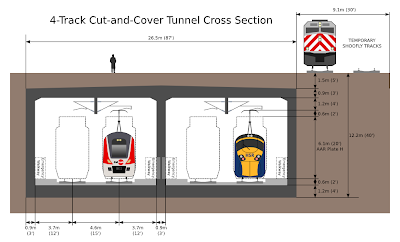 Of course, tunneling conditions will vary according to each specific location. The California High Speed Rail Authority's consultants and geotechnical experts will certainly do a more detailed job of evaluating feasible tunneling options, as their project-level environmental impact process gets underway. In the meantime, this layman's overview is intended to put tunneling back in perspective among the other configuration options for portions of the peninsula corridor.
Posted by Clem at 10:05 PM