The Hybrid DMU, Unicorn of the Rails 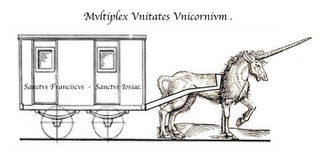 The hybrid DMU is a diesel multiple-unit train with a twist: it has on-board energy storage to enable energy recovery, similar to an electric train that feeds power back into the grid when slowing down.  Just as in a hybrid automobile, this energy store helps to start the train rolling again, and reduces energy consumption in stop-and-go operations.  Peninsula cities and stakeholders, ever more astute on rail matters, perceive three important benefits in the hybrid DMU:
The hybrid DMU is viewed as a synergistic technology that solves all three issues in one fell swoop, in a classic Silicon Valley win-win-win.

There's only one little problem: it doesn't really exist.

Okay, almost.  There do exist a handful of hybrid DMUs in Japan.  These advanced technology trains, instantly knowable to any city staffer via a simple Google search (keyword hint: 'hybrid DMU'), operate in Japan.  The fleet numbers three cars on one line, and ten cars spread among four other lines.  Each car seats about 45 and tops out at 60 mph.  Their power output is less than a Chevy Tahoe hybrid's.

The Law of Diesel Trains

To understand why the hybrid DMU will never work for the peninsula corridor, look no further than the laws of physics.  What Caltrain needs is a singular focus on better service: quicker trips, more frequent stops, higher capacity, and less waiting for the next train.  That requires big, fast trains with one key quality: punchy acceleration, precisely the reason why the EMU (electric multiple unit) powered by high-voltage overhead lines was invented and perfected.  To achieve high acceleration, the laws of physics dictate high power and low weight.

A diesel train makes all its power on board and sends it to electric motors that drive the wheels; it is essentially a rolling mini power plant.  The nicest and newest rolling mini power plants used by Caltrain today generate 3,600 horsepower for a million-pound train.  In metric units, that's about 6 kW/ton, and as any Caltrain rider can attest, it doesn't exactly pin you to your seat.  The problem is that rolling mini power plants are heavy, and if you want more power, you'll need to haul around even more weight.  This is the Law of Diesel Trains, directly derived from Newton's Laws of Motion.  More weight does little to help with acceleration, so diesel basically can't scale up.

The EMU, on the other hand, doesn't schlep around a rolling mini power plant.  Its electricity is generated off-board by a real power plant, of the PG&E variety.  The electric grid, hooked up to gigawatts of generating capacity, can provide essentially limitless power to a train.  That endows a typical EMU (of the sort available off-the-shelf from many manufacturers) with a power-to-weight ratio of about 12 kW/ton, or double the giddy-up of a diesel train.  For short bursts of acceleration, high-voltage EMUs can briefly exceed their continuous power rating and draw even more power, hitting up to 18 kW/ton.  For those still keeping track, that's triple the acceleration of Caltrain.  For reference, BART cars achieve a respectable 15 kW/ton.

So what do the Japanese know about hybrid DMUs that we don't?  Most importantly, they do not claim zippy acceleration as a benefit.  The hybrid DMU does three things for them: save about 10% on fuel, cut down nitrous oxide emissions, and cut the noise of an idling train down to an electric whisper. Beyond those benefits, the 'D' in DMU makes it follow the Law of Diesel Trains.  The Japanese hybrid DMUs manage barely 5 kW/ton, probably because they haul around not just a mini power plant, but also big heavy batteries.  Here in the US, more stringent crashworthiness standards would make such trains even heavier and their performance even more anemic.

The inescapable conclusions are thus:
The mystical powers ascribed to hybrid DMUs by peninsula stakeholders rightfully earns them the nickname of 'Unicorn of the Rails.'  It's time for them to realize that by undermining the choice of EMU technology and promoting hybrid DMUs, they are also undermining the future of Caltrain--intentionally or not.  Caltrain can be faulted for many things, but their choice of high-voltage EMU technology as the path to modernization is unequivocally correct and technically justified, regardless of what happens with high-speed rail.
Posted by Clem at 11:17 AM